Could this be the best laptop for working from home?

Working from home is no longer something that people do as a last resort. I don’t know about you but I genuinely enjoy working from home as much as I can. I feel like I can get a lot more done, with less distractions. However, working from home requires a handful of things to be able to be productive.

First, you need a solid WiFi connection. With everything being internet based these days, fast WiFi is a necessity.

Second, you need to have a solid computer or computer like device. Now, I have had my hesitations with Chromebooks in the past. I had always though of them as “less than”. That was until recently. Now, after using this Chromebook for the last few weeks, I can see a very real market for these laptops. Specifically, the Acer Chromebook 317 (CP317-1H).

First thing I should mention is that this is no small laptop. Actually, this is the largest laptop I have ever used coming in at a 17.3” diagonal screen size. This is significantly larger than the 11” iPad Pro I usually work from. Once I got used to the size — who am I kidding, I’m still getting used to it — I was able to focus on the other elements.

This 17.3” Chromebook is not shy about how heavy it is. It’s very clear that this laptop is designed for work from home, from an office, or somewhere else where the device rarely moves. Yes it is a laptop so it can move easier than a desktop, but it is not a device you’ll want to be carrying around in a backpack. It weighs a whopping 5.29 lbs. Comparing this to my personal daily driver, an 11” iPad Pro with Magic Keyboard, at just over 2 lbs. For those mathematicians out there, that is well over twice as heavy and actually closer to three times the weight.

This Chromebook specifically has a 1.10 GHz quad-core N6000 Intel processor. In a Chromebook, because ChromeOS is so lightweight, this translates to a surprisingly snappy experience. I used this as my driver for writing articles, research, and casual browsing and did not have any complaints with how quick the response time was.

First up, it’s important to note that this is a touchscreen Chromebook. Admittedly, I touched this screen out of habit of touching my iPad and was presently surprised to see the Chromebook respond.

Port wise, there are two USB-A ports, two USB-C ports, and a charging port. There is also a headphone jack and even a microSD card reader.

The webcam on this is not groundbreaking, but is actually surprisingly good for what I was expecting. That, plus the quality speakers and mics, I was able to experience an above average video conference via a variety of virtual meeting mediums. I took a few company meetings on this machine and noticed that I was able to see everything clearly, I was able to be heard clearly and I was able to hear clearly as well — all of which are pretty important for virtual meetings.

As I mentioned, I used this laptop as my driver while at home for a few weeks. While I tried bringing it to the couch, or to a coffee shop, I found that I quickly reverted to preferring to carry my iPad Pro. However, where this device truly thrived was on my desk in my home office. I was thrilled to see the amount of content visible on each website, I loved how quick the OS was in general and I was pleased with the overall use of the Chromebook.

If I were looking for a laptop to use for at home work, school work, or even just casual use around the house, this Chromebook would be genuinely considered. If nothing else, the Acer 317 has opened my mind back up to the world of Chromebooks as legitimate computing devices. 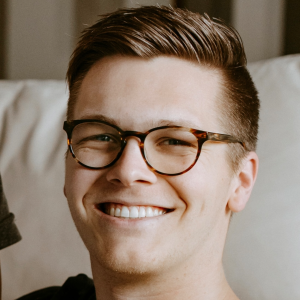 Magnetic grilling tools that save you space

What makes this the SD Card worth depending on?