I was parked at the mall and thinking about beef jerky.

You know the drill. You’re on a mission. During the pandemic, it means strapping on a mask, fishing out your spare cash, and heading into a grocery store with a single-minded purpose. In my case, that means Cub Foods where they have some of the best beef jerky I’ve ever tasted, probably because they make it fresh right alongside the steaks and fish fillets.

In all of my years, I tend to find remote parking spots far away from other vehicles. Sometimes, I don’t like the spot I’m in and I decide to find a better one.

Now, I should mention something about this 2021 Toyota Land Cruiser Heritage Edition I was testing before I tell you what happened at the mall.

I’ve estimated that, in my 10-years of testing press cars, I’ve driven over 700 vehicles (which includes some press events and those rare occasions when I’m testing two cars in the same week). Anyway. I’ve never had the chance to drive a Land Cruiser and I really had no idea.

The ground clearance on this vehicle is enough that you have to hoist yourself up into the cab. My wife dangled there for a second holding on to the side grip in the corner of the car door. I’m serious. At 6-foot 2-inches tall, even I had to reach for that handle. It’s awesome. I wanted to plow through a snowbank but we don’t have any snow here. I wanted to find a mud pit but this Land Cruiser on short-term loan costs $87,845 and I wasn’t about to take any risks.

Instead, I was parking at the mall.

The Land Cruiser Heritage Edition happens to have some amazing tech onboard, in addition to the 381-horsepower 5.7-liter DOHC V8 engine that provides a hefty 401 lb.-ft. of torque. (By the way, you’re not gonna get stuck. There’s even a crawl mode where you can inch your way out of the thick stuff. If you have not seen it, there’s a new episode of The Grand Tour on Amazon Prime called The Great Hunt that features frequent four-wheeling bliss.)

For my week of testing, I was more interested in Toyota Safety Sense P, which is meant to help people like me who are not always perfectly aware of our surroundings. I decided to find a new parking spot but didn’t notice another vehicle passing by me. The Land Cruiser gently braked on its own. It feels extremely strange. Cars these days have a shield around them that seems exactly like something you’d see (or sense) in a Marvel movie.

The Land Cruiser noticed the passing car and, without hesitation, merely paused the vehicle for me. Hat tip on that one. I probably would have noticed myself and stopped, but it’s so helpful to have this technology. The vehicle uses millimeter-wave radar and something called a monocular camera sensor to spot passing cars and even passing pedestrians, then brake.

The Land Cruiser can spot cars in your blind-spot and the rear cross-traffic alert, with braking, are standard on all trim levels. I never noticed the sensors during my testing that week again — thankfully, because it means I was paying closer attention. It’s cool when you see new tech actively engage almost in the background in the way it’s supposed to work.

Next time, I hope my test involves actively engaging with mud, dirt, or snow. 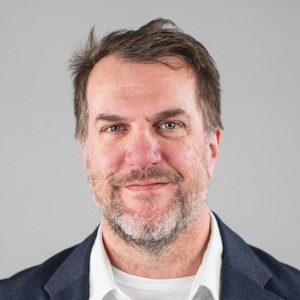